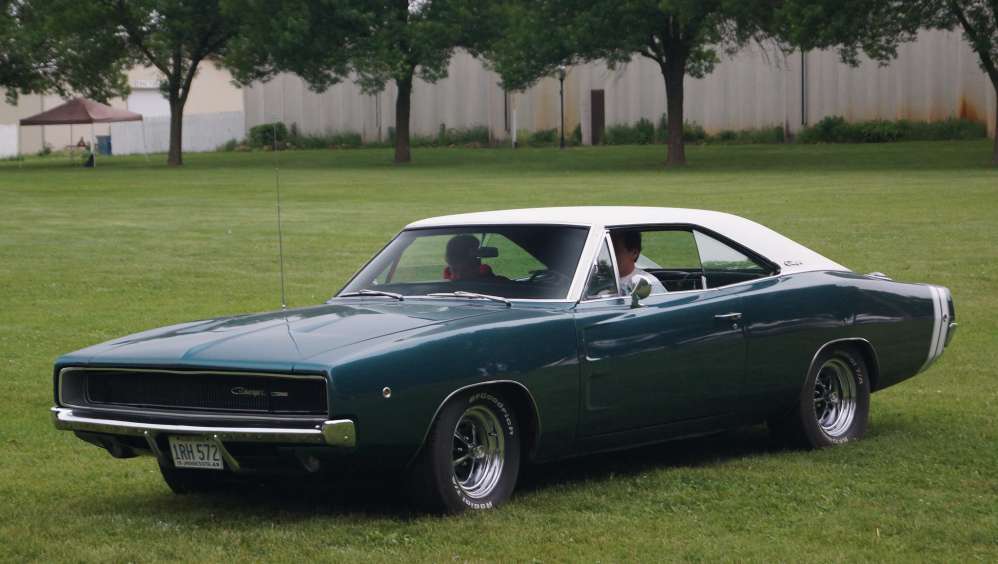 One of the few well-known classic automobiles is the second-generation Dodge Charger. The term “Dodge Charger” refers to a full-size, rear-wheel-drive and front-engine sedan.

The model is a fast and highly recognizable vehicle. Law enforcement units, such as police officers, prefer this particular model, as it’s quick enough to keep up with high-speed road chases. Highway patrol units sometimes use the Dodge Charger as an undercover police vehicle to catch speedsters in the act.

The most popular second-generation vehicle ever made was the 1968 Dodge Charger. This model became a hit in the television series “The Dukes of Hazzard,” as well as in the American action thriller movie “Bullitt.” Thanks to these on-screen appearances, the awesome, wedge-shaped car-slash-pop-culture-icon becomes immediately recognizable for being ferocious, cool and fast.

Dodge (a Chrysler brand) completely overhauled the design of the Dodge Charger in 1968. The new release back then showcased an aggressive, big and bold appearance. The automaker introduced a couple of new design features. These were the exposed decorative gas filler cap and the flying buttress, which was a new roof design.

The car company wanted to take up the 1968 Dodge Charger’s muscle car image up a notch, so they introduced a high-performance badge called R/T, also known as Road and Track. Only high-performing vehicles have the right to carry this awesome badge.

The 1968 Dodge Charger also had a racing version. The manufacturer made the model worthy to race on the national circuit with the vehicle’s performance, aerodynamic design and handling. During this period, no other automobile manufacturer had considered applying aerodynamic principles to a racecar.

When talking about the transmission, the car model typically comes with a V-8 engine rated at 230 brake horsepower (BHP). Take note, though, that the manufacturer advertised the engine options offered with the 1968 Dodge Charger based on gross horsepower. This means that the car company derived the running motor ratings on test stands that had no accessories, intake filters, exhaust systems and other components.

Today, the cost of the 1968 Dodge Charger would depend on the condition of this classic vehicle. Data from ConceptCarz reveals that the median sale value for this particular model is $55,000. If you want a 1968 Dodge Charger in fair condition, you may have to fork up anywhere between $11,900 and $35,200.

When buying a ’68 Dodge Charger (or any other classic vehicle), make sure that you always compare prices, check the automobile history report, have the car inspected, test drive it if possible and negotiate for a better deal. This way, you get the most out of your car purchase transaction.

What You Should Know Before Purchasing a 1968 Dodge Charger

Thinking of adding a 1968 Dodge Charger to your automobile collection?

Here are a few details you should consider:

There’s Plenty of ’68 Dodge Chargers in the Market

This particular car model served as a revelation for Dodge in terms of sales. The company built approximately 96,000 units for that model year alone — a major leap over the lackluster ’66 and ’67 versions. Given this figure, you can reasonably assume that there are many Dodge Chargers for sale, which can come in various colors (more on this later).

What makes the Dodge Charger unique is that their vehicle identification numbers (VINs) start with an X, succeeded by a letter identifying the vehicle’s price class. Examples include X for Fast Top and S for Special. Next on the sequence is the number “29,” two digits indicating the Dodge Charger’s two-door body style.

What follows are more identifying marks. The fifth character on the VIN refers to the engine of the car. The sixth digit indicates the model year of the vehicle. Then, the seventh character reveals the plant that manufactured the Dodge Charger.

The 1968 Dodge Charger has a couple of identification mark features that set it apart from other models. The tags, for instance, display the vehicle order number (VON) from the order sheet instead of the VIN. Some units have the build sheet beneath the cushion or behind the rear seat.

Another distinct feature is the serial stamping located on the lip of the trunk and the radiator cradle. Manufacturers designed the stamp to match the 1968 Dodge Charger’s VON and not its VIN.

These marks are details you need to remember when you’re buying a ’68 Dodge Charger.

Available in an Assortment of Colors

When Dodge first introduced the 1968 Dodge Charger on the market, the car company only sold just two models: the R/T and the base. The car buyer, however, had the option to choose from more than 20 exterior colors.

Some of the traditional car colors include the following:

When Mopar (Chrysler’s customer care, service and parts division) entered the scene in 1970, it introduced  colors that were out of this world.

Some of the crazy names are:

Interestingly enough, these wacky colors weren’t limited to the Dodge Charger. If you have extra cash to plunk down, you could bring nearly any Chrysler car model sprayed according to your color preferences. If visual appeal happens to be part of your buying criteria, the ’68 Dodge Charger won’t let you down thanks to its range of color options.

Watch Out for Rust

Rust is a problem area you want to focus on when you’re shopping for a 1968 Dodge Charger. You’ll find rust on the most common spots, such as the floor pans and the trunk floor. The reason is that the rubber mats installed on the vehicle trap moisture in the trunk.

What’s more, the windshields on this car model leak. If you recall your chemistry lesson, iron corrodes or “rusts” when it comes into contact with oxygen and water.

Another problem area to watch out for is the hood hinges. You’re facing a corrosion problem when you spot bubbling in that area.

Now, for some good news: the car company has reproduced nearly everything you’ll require to restore a 1968 Dodge Charger. This includes the sheet metal. This makes restoration more affordable for this model.

How to Take Care of a Classic Dodge Charger

Owning a muscle car like the 1968 Dodge Charger is a source of pride. This means that you should do everything you can to keep this classic beauty in the best shape possible.

Here are a few simple maintenance suggestions to help you maintain your awesome muscle car:

The 1968 Dodge Charger is a muscle car that you should definitely add to your vehicle collection. Although it may be prone to rust, you may like the variety of colors available for this classic car. Plus, you get to drive a car prominently featured on both the small and the big screen.

PrevPreviousWhen Restoring a Volkswagen Beetle, Do These
NextPointers for Maximizing Your Earthmoving Equipment’s PerformanceNext