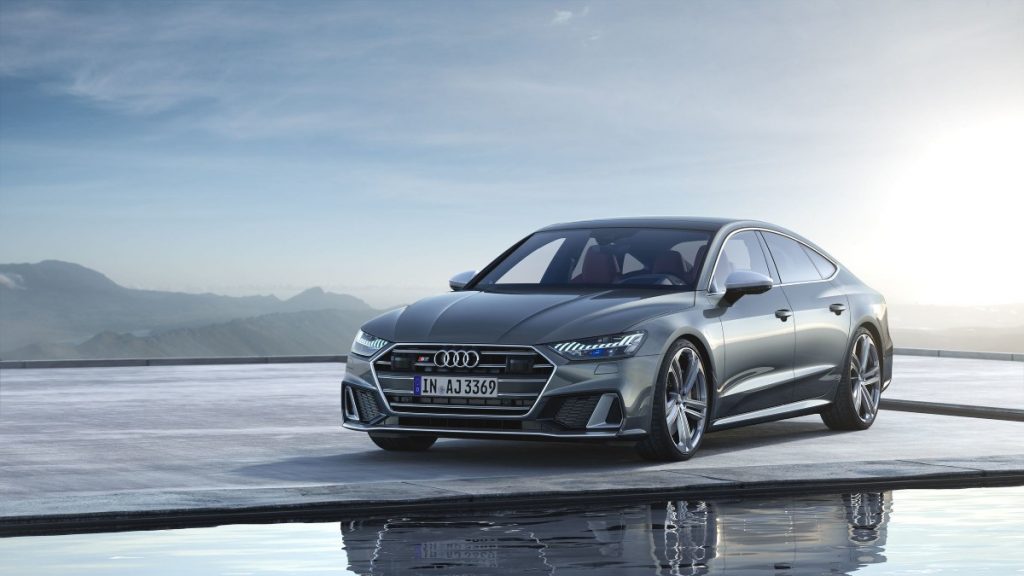 German cars are sought-after. German automakers sell more vehicles than any automaker from other countries. Volkswagen, BMW — and Audi are some of the more beloved car brands; prized for their advance technologies, driving pleasure and sheer beauty on the road. If you’re looking to drive an Audi, would the S7 be a good purchase?

The Audi S7: A Sedan or a Hatchback?

The S7 from Audi is a sportier version of the A7 Sportback. So it features a roomy cargo space with a cabin similar to a sedan. The 2021 Audi S7 especially has plenty of luggage storage. Aside from those similarities, the S7 and A7 also share other identical design elements: fastback rump, creased hood and hexagonal grille.

Audi USA classifies this vehicle as a luxury sportback, seating up to five people. Much like every Audi model, expect the S7 to have exceptional design and technology that make it an attractive vehicle of choice. It’s an especially good choice if you’re looking to drive an Audi sedan but prefer a coupe-like roofline.

But how much would you have to pay for an Audi S7?

The price of an S7 isn’t cheap; it is, after all, an Audi. So if you’re in the market for an affordable sporty sedan-like car, this isn’t it.

Why is there a starting price? Because your S7 will get more expensive as you pick a variety and customize it to your liking.

This Audi is available in Premium Plus (that’s the $84,600) and Prestige (that’s $90,000). What’s the difference between the two apart from the posh price? Both vehicles feature an eight-speed Tiptronic® automatic transmission and Quattro® all-wheel drive system.

The Prestige features, among others:

Whereas the Premium Plus has, among others:

When you pick the Prestige for your S7, your Audi car could likely cost about $100,000 with added features and packages.

For example, if you prefer your S7 to have a high-gloss exterior mirror housings and exterior trim with a 21” 5-V-spoke-star design and diamond-cut anthracite wheels, you’ll want to click the Black Optic Package ($750). And if you want heated rear seats with extended leather package for the armrests, center console and dash, you’ll want to click the Executive Package ($2,400).

So your Audi S7 will look good and ride well, but what about the entertainment system. Can you play any kind of music and feel like you’re in a moving concert hall? You’ll want to click the Bang & Olufsen 3D Advanced Sound System ($4,900). If you decide you don’t want the Black Optic Package but now prefer the S Sport Package ($4,000), the price of your 2022 S7 Audi will play around $101,000.

Is the Audi S7 Fast?

If you remember the S7 from a few years back, you’ll know the horsepower was at 450. Audi has replaced that with a 444-hp, still with a twin-turbo V6 engine. What this version lacks in power, it more than makes it up with torque at 442 lbs-ft.

The 2022 S7 goes does 0-60 mph in 4.5 seconds. It’s a decent speed considering that it’s heavier than its predecessor. Sure, it’s not speedy as a Porsche. But it does still bear its racing heritage with Quattro, so you’ll get to your destination quick enough (while keeping to traffic rules to stay safe on the road, of course). But if you’re seeking the top end of the Audi’s performance, check out the R8 with its 611-hp and V10 engine.

In terms of performance, Audi triumphs over BMW in a comparison from US News Cars. If you’re torn between the two automaker, wondering which is better: Audi or BMW, the former seems to have an edge over the latter where price, interior and the luxury sports cars segment are concerned. The German automakers tie for the safety category.

Is the S7 from Audi Worth It?

When it comes to luxury cars, the name Audi is synonymous with high living. At more than $80,000 for the entry S7 price, this is not a sporty sedan you can park just anywhere. The sleek, attractive exterior is hypnotic and the interior is equally dazzling. Oh, and it handles and rides like a dream as well.

If the posh price is keeping you from having the S7, you could always go for a used Audi S7.  It may have been owned by another driver, but a second-hand Audi is still an Audi in your garage.  Alternatively, you could rent one if you only want to experience it for a short period.

With its prestigious name, innovative tech and handsome design, the S7 from Audi is a worthy purchase for a luxury sportback.

PrevPreviousKia SUV: Which Model is the Best?
NextWhy do You Need to Bring Your High-End Vehicle to the Experts?Next