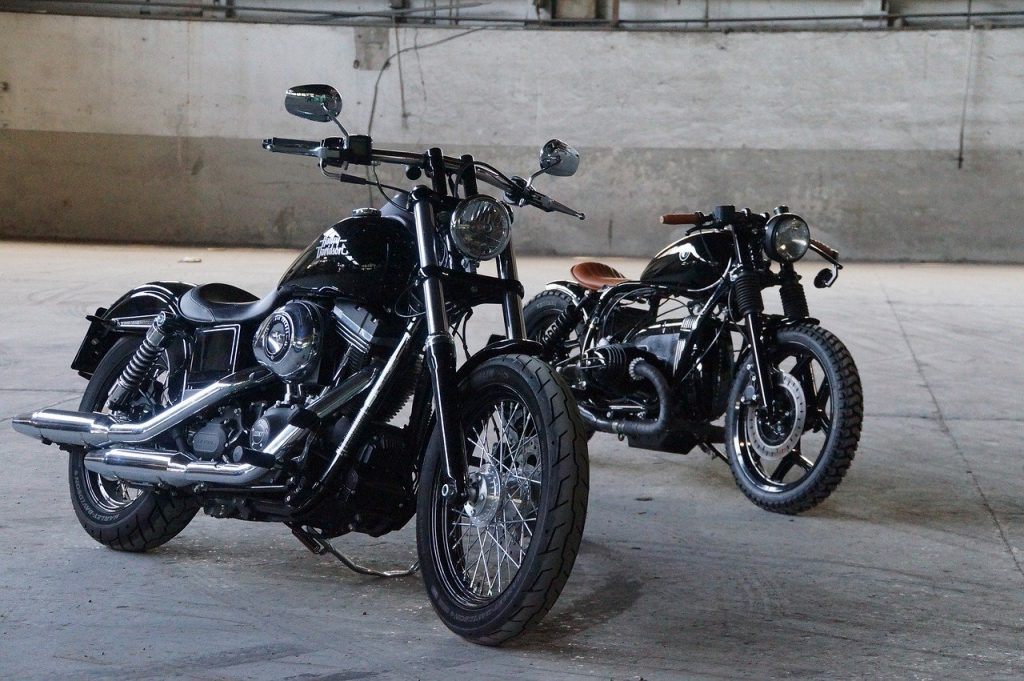 Loud, obnoxious, and undeniably badass, bobber motorcycles are the epitome of custom motorcycles. There’s nothing quite like hacking away at a stock, vanilla motorcycle, and turning it into a real hog.

Sure, you could spend thousands of dollars on a Harley, but if you’re short on cash (like, you know, 90% of the population), creating a cool, custom bike from a cheap motorcycle is a time-honored tradition as American as Apple Pie (even though arguably, the ‘tradition’ probably came from the British café racers, but that’s a different argument altogether).

Of course, over the years, major manufacturers have started churning out their version of bobber motorcycles, and while these factory-built machines are just as good –if not better –than home jobs, the idea of stripping down a motorcycle to its leanest, bare-bones parts is an experience every rider should have at least once. With the supervision of an experienced mechanic, of course.

What is a Bobber Motorcycle?

In its most basic form, a bobber motorcycle simply refers to a motorcycle that’s been stripped of excess parts and modified (usually by hand) by the builder. “Unnecessary”, in this case, means parts that slow down a motorcycle. Usually, this involves removing (or bobbing, which is where the name comes from) the fenders and other fairings. Meanwhile, the rear of the bike is shortened, further reducing the weight and giving it a sleeker visual aesthetic.

For many builders, a motorcycle becomes a bobber only if the frame is also modified, usually by making it smaller and making the entire bike shorter. This also gives the bike an emphatic diagonal that goes from the steering head all the way down to the rear axle.

Where Did Bobber Motorcycles Come From?

Ever since the first motorcycles started hitting the streets, they’ve always been a popular machine for people who wanted a taste of the ‘modern’ world. The first motorcycles were long, high, and were basically bicycles with the pedals taken out and replaced with a combustion engine.

By the 1920s, these long, high –and honestly awkward-looking –bikes began to become passé, and people wanted a new design that didn’t make them look an old-timey dandy. It was during this time that motorcycle owners started customizing their own bikes, chopping down and removing unnecessary parts, and creating a machine that had wheels with smaller diameters and a cut-down frame. They also shortened the rear to give the bike a more aerodynamic design and better performance.

People aren’t exactly sure whether the bob-job aesthetic originated in Britain or the United States, or if they developed simultaneously, yet separate, from each other. One thing is clear, however: by the early-to-mid ‘30s, the trend of bobber motorcycles had exploded  across the East Coast, California, and much of the Midwest. But the difference with these bobbers was that builders were no longer building bikes just to be fast: there was also an established bobber aesthetic that people liked, and personalized touches were encouraged to make bikes cool and unique.

As the ‘40s rolled in and World War II started, motorcycles became an indispensable tool in the American war machine, with Uncle Sam tapping Harley-Davidson to provide the Allied armed forces with more than 88,000 Harley WLA: a 740cc single-rider motorcycle that was used to provide troops with a light, but fast, motorcycle.

When the war ended and American servicemen started coming home, their memories of this lightning-fast but feather-light bike –combined with the technical skills they learned in the army –facilitated the rise of the bobber culture back home, with motorcycles becoming more and more complex.

By the mid-50s, the bobber motorcycle became pretty synonymous with the American motorcycle community, with mechanics installing flashier details and finishes like chrome plating and upholstery, all while keeping the bike light, fast, and aesthetically ‘cool’. The bobber community got so big during this time that the accessory market had to add a motorcycle ‘custom’ catalog to cater to this growing need.

This customization trend gave rise to the chopper trend of the ’60s, but creating bob-job motorcycles was still considered to be the end-all or be-all of custom motorcycles, with mechanics around the country honing their techniques to create completely unique bikes. Since then, bobbers have waned and weaned in popularity, but they’ve always been a style and trendsetter since their inception.

How To Build a Bobber Motorcycle

Again, going back to basics, a bobber is technically any motorcycle that has had unnecessary or excessive parts removed. The definition of unnecessary and/or excessive can vary from builder to builder; there aren’t a lot of set rules about it, after all.

However, most bobber kits (and most bobbers for sale from manufacturers) will usually have these design features in mind:

Chrome-plating your bike is optional, and some builders will suggest it. However, that’s up to the bike owner (personally, I’m not a fan BUT I can see why people like it). Each design element, from the fenders and the seat to the exhaust and the handlebars, need to be taken into consideration:

A must-have for bobber motorcycles is a shortened front and rear fender. There are a couple of ways to go about it: you can buy a bobber kit for sale in your local motorcycle parts community, or do it on your own. However, bear in mind that even the ready-to-install bobber-style fenders will require some machining to get it just the way you like it. So either learn how to handle a few machining tools (highly encouraged) or go to a trusted mechanic/builder to do it for you (also encouraged because, y’know, support small businesses).

Regardless of how short you want to cut your fenders, you’re going to want to apply paint, chrome, or a powder-coat on the edge to prevent rust. Again, this is a design element that’s completely up to the bike owner, so choose wisely. 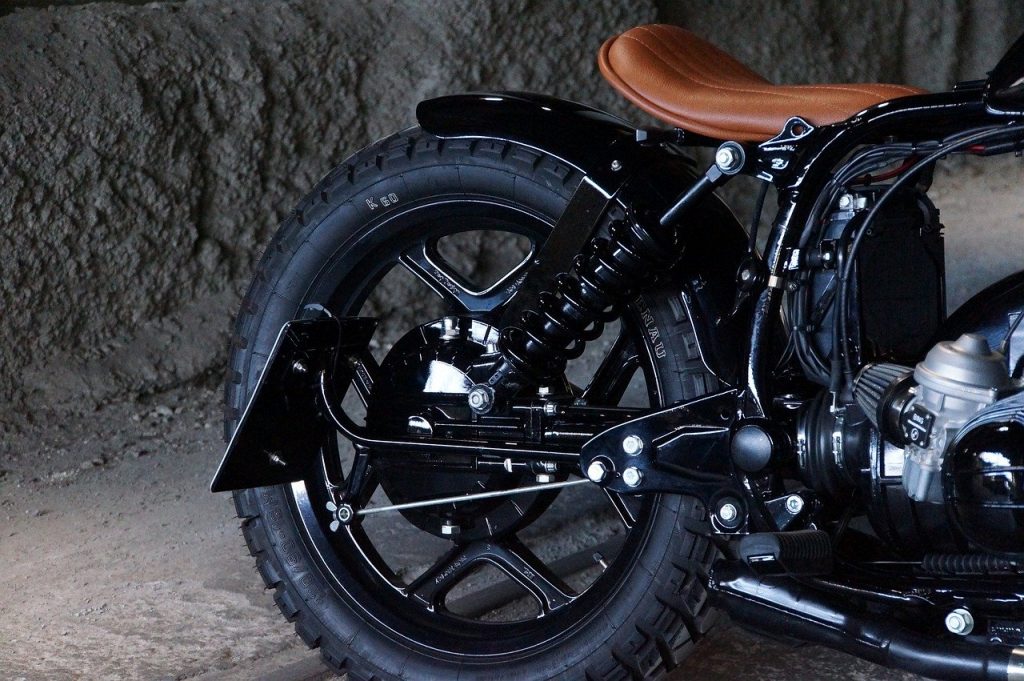 The seat of a bobber motorcycle is one of its most striking design elements: ‘traditional’ bobbers will have single, bucket seats that resemble board track racers from the early 1900s, although modern seats will have some form of cushion for the rider.

Double seats aren’t uncommon, but they’re usually not used as often because they’re relatively more difficult to work with: double seats usually have locating brackets in both the front and the rear, which means that new mounting brackets have to be fabricated and installed if the rear section is removed.

Again, those bobber kits for sale will usually have a bobber-style seat included, but this will require some hacking and slashing to fit with the overall aesthetic of your bike.

The first bobbers didn’t just replace their mufflers, they removed them altogether. This obviously made a rider’s motorcycle sound like rolling thunder, which is, in my opinion, extremely badass. But most of the American public –and, by extension, the United States government –disagree, which is why loud motorcycles are pretty much illegal in many states and even other countries.

Completely removing your mufflers, other than being obnoxious, can also be detrimental to your engine via leaning out the air/fuel mixture. This means that your engine can eventually start overheating and causing some pretty major internal damage.

Instead, there are mufflers that can give your bike that trademark bobber rumble, but still keeping your engine safe from running lean and inevitably wrecking your motorcycle. If you’re going to futz with the muffler –and, by extension, the engine as a whole –you’re going to need a professional mechanic take a look and make sure your carburetor settings are primed for such a modification. 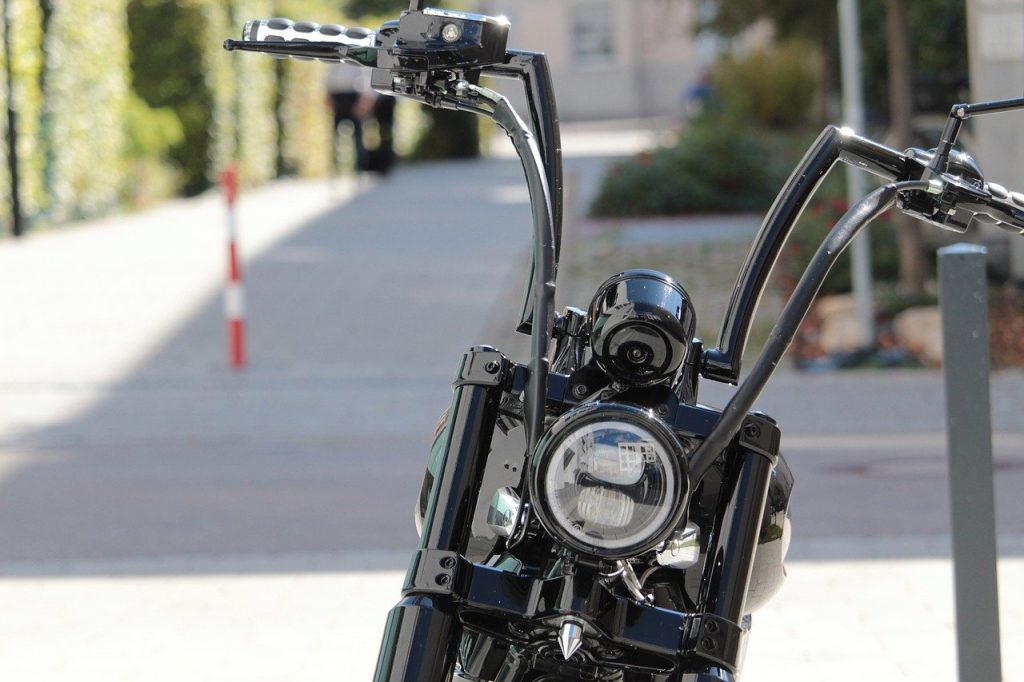 Again, there are no set rules for what type of handlebars a bobber motorcycle should have, but some of the most common include:

Bobber handlebars usually reflect the rider’s particular design taste/riding position, so this will depend entirely on your personal aesthetic vibe. Heck, you can even go for clip-ons for all anyone cares, just don’t complain when your back starts hurting!

A lot of builders will tell you that half the fun of owning a bobber motorcycle is building it: after all, there is pride in the whole “built, not bought” bikes that many experienced riders have in the garage.

But if you’re a newbie rider who’s still deciding on what they want a motorcycle for, don’t worry about it too much. Creating a bobber motorcycle used to be for people who didn’t have enough money to buy expensive Harleys or Indians; there’s no shame in buying one of those if you have the money for it.

Some of your bobber bike options:

For hellraisers who want zero-emissions, this British import will ride smoothly. The bobber-style electric motorcycle runs up to 45mph at top speed with a 40-mile range. It’s the most affordable bobber in this list at under at about $6,700+.

Indian’s Scout Bobber bike is a thing of beauty inside and out. It features old-school American looks with its mini ape bars and drop-down mirrors, bobbed fenders, cross-covered split-dual exhaust, among others. And it’s engineered with electronic fuel injection and liquid-cooling, plus a hidden USB charging port. It gives a nod to its tradition while looking ahead with innovation.

Described as a “stripped-down bobber cloaked in black,” this badass rider is ideal for customization. Its engine offers one of the more powerful drivetrain options, letting you rip through the open roads in a soul-satisfying rumble.

Another British hot rod ride, the Bonneville Bobber from Triumph combines advanced riding tech with muscular looks. Drool over its wire-spoke wheels, slash-cut exhausts, triangular swing-arm, among others. And get a thrill from its single-button cruise control.

State-of-the-art powertrain with a cantilevered bullet-style battery housing. Carbon fiber elements. Fang-inspired front fork. And a general look that may make it seem like it should be on the big screen. The Curtiss 1 is one of the priciest bobber motorcycles at over $100K. It’s a made-to-order bike, allowing you further customization. It’s considered a feat of engineering on two wheels.

If you’re keen on customizing your motorcycle but don’t have the $100K to spare, go to your experienced mechanic friends and learn from them as much as possible. Yes, there is pride in customizing your own bobber bike, but there’s also something to be said about not compromising your bike’s structural integrity and safety. Given the choice, always choose safety over trying to look cool in front of the other motorcycle riders.

PrevPreviousWhat Makes Driving Gloves Essential on the Road?
NextPersonalizing Your Car to Truly Make it YoursNext