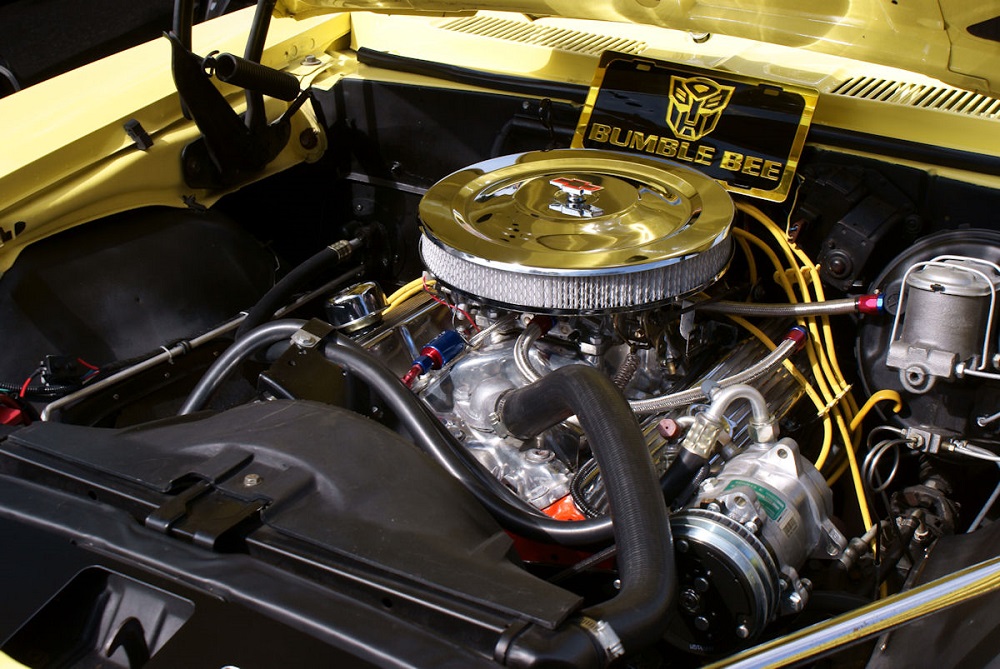 Owning a V8 engine for the first time can be daunting, scary, and above all else, exciting. I can’t begin to describe the first time you get to turn over a 350 and just bask in the glory of its characteristic rumble, like a stampeding herd of wild stallions in the Great Plains, or a thunderstorm in the open seas.

Ok, enough waxing poetic, let’s get down to the nitty-gritty of firing up this bad boy. A Chevy 350 is a special machine that requires a gentle touch and precise tuning. One of the first steps you need to take when you get your 350 is figuring out the firing order of your engine.

What is a Firing Order?

In its most basic sense, an engine’s firing order is the precise sequence in which each cylinder receives a spark from the spark plug, which, in turn, ignites the gas/air mixture in a particular order. This is necessary for your Chevy 350 to work at max performance. Remember that a Chevy 350 is a V8 engine. You can’t just fire everything up all at the same time; it needs to be done in a specific order so that the other cylinders are able to warm up and sync with each other in a particular way.

Multi-cylinder engines are designed to have highly-coordinated firing orders in order to balance the engine, minimize vibrations, encourage smoother operation, as well as prolonging engine fatigue life and, of course, driver and passenger comfort. Get your firing order right, and driving your 350 will feel like driving through clouds on one of the smoothest, most responsive vehicles ever. Get it wrong, however, and your ride will be bumpy, uncomfortable, and can even lead to early engine failure.

Every manufacturer has their own specific firing order for each engine variation, which means that the Chevy 350’s firing order is very different from the Cadillac 368, and wildly different from a Porsche or an Alfa Romeo. In order to get your Chevy 350 operating at its maximum potential, you’ll need to memorize the firing order of the Chevrolet small-block engine.

What Is The Firing Order of the Chevy 350?

The Chevy 350 belongs to the Chevy small-block engine family. They’re called “small-block” or SBC because they’re relatively smaller than their big-block siblings, or BBC (262 to 400cu’s, as compared to the BBC’s 348 to 572cu displacement).

However, the firing order for the Chevy V8, both the SBC and BBC variant is the same: 1-8-4-3-6-5-7-2. This means that cylinder 1 fires first, followed by cylinder 8, then 4, and so on and so forth until all cylinders have fired in that order.

Does the HEI Distributor Cap Have its Own Firing Order?

Yes. Most SBC Chevy’s use a High Energy Ignition, or HEI, distributor. The HEI Distributor is a small device that is responsible for facilitating the transfer of electric energy (i.e. voltage) from the ignition coil all the way to the spark plug.

On a small block Chevy V8 engine, the distributor cap firing order is in a clockwise rotation. In most cases, it doesn’t matter where the number one position is on your distributor cap, as long as the plug wires are in the correct firing order.

A Firing Order For All

The 1-8-4-3-6-5-7-2 firing order usually works on older V8* engines, thanks to its cross-plane crankshaft design, something you can find on other manufacturer engines’ like GM, Chrysler, and the Ford Windsor (excluding the 351). While Ford engines might seem like the firing order will be different (because of the way Ford engineers numbered their cylinders), the sequence remains exactly the same as the Chevy 350.

*However, this firing order does NOT work for the LSX series, as it has its own particular sequence.

But, At The End of the Day…

Talk to your mechanic. Yes, I understand that you want to be as hands-on with your Chevy as much as possible (and, well, you really should be!), but when it comes to something that you might not understand, go straight to a pro. A Chevy engine is a complicated piece of machinery, which means that, no matter how many hours of Googling you do, your internet knowledge still won’t beat a mechanic with years of experience under their overalls.

As much as possible, get your repairs and checkups done with a certified Chevrolet mechanic. Remember: the Chevy 350 is an older type of engine and requires a certain type of mechanic to inspect it.

More often than not, younger mechanics will be more well-versed with modern engines like the Ram Jet 502 or the LS7, but might not have the mechanical know-how to completely help you with your 350. No, you’re not less of a ‘car guy’ or ‘car gal’ just because you needed professional help to get the firing order of your Chevy 350 just right. In as much as you go to a doctor to get help when you’re sick, so should you go to a mechanic when your car, particularly your Chevy 350, starts sputtering like a newborn baby.

A misaligned firing order on the Chevy 350 is going to cause your engine a whole lot of trouble. It will be small at first, but as you continue to use it, it will get worse and worse. Some people mention that they can get their 350 to turn over but they can’t get it to stay running, and that’s a clear sign of misaligned firing order. If you notice this happening to your engine, take it to a mechanic immediately.

Ensuring the right firing order for your Chevy 350 is just one step to avoiding common mistakes during car maintenance, but it’s a crucial aspect of keeping your engine healthy for decades to come. The Chevy 350 was built during an era of American automotive history when cars were built like brick houses and meant to outlast humanity itself, but it can only do that if you give it the love, care, and attention it deserves.

And trust me, treat your Chevy 350 right, not just by ensuring the right firing order but by keeping it oiled and cleaned at all times, and it’s going to reward you with smooth rides, a legendary rumble, and powerful pulls as it catapults you through the countryside.

PrevPreviousDrunk Drivers Fleeing the Scene: the Police Are Furious
NextHow to Prepare for a Family VacationNext