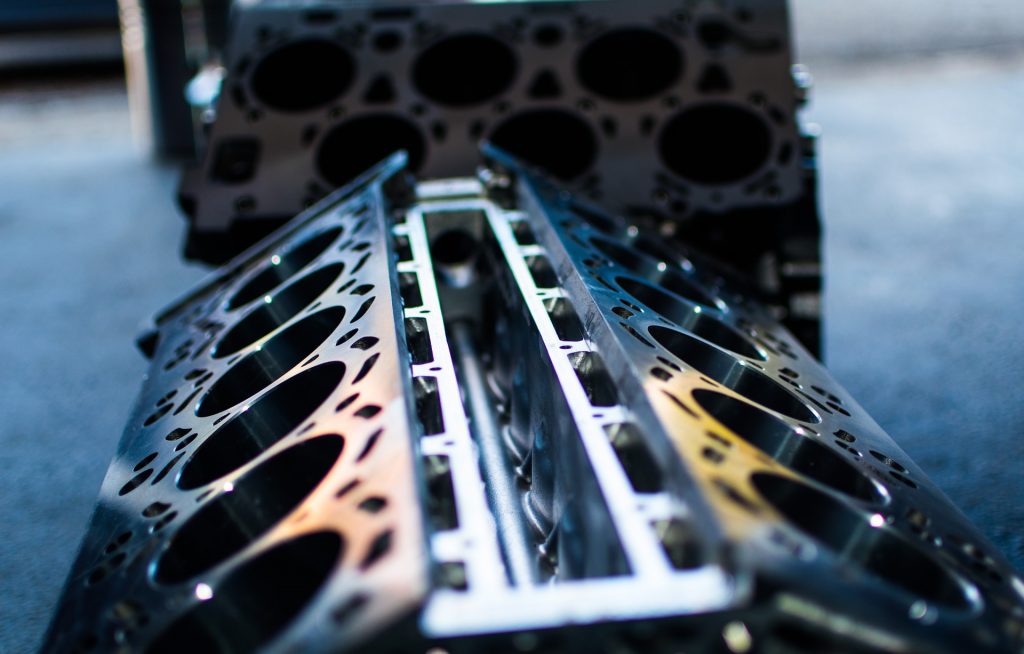 Your Guide to an Engine Block

Car ownership isn’t just costly sometimes; it can also take out a lot from you. You need to look after it so that the vehicle keeps running many years after you’ve driven it out of the car lot. And you need to know more than just how to drive it.

When you know what’s going on under the hood of your car, you’ll save money from getting it repaired and you’ll drive your car more efficiently. One of the most valuable components to learn about is the engine block.

What is an Engine Block?

An engine block is one of the most important parts of an internal combustion engine. It’s made from aluminum alloy, giving it strength. Its metal construction also allows it efficiently transmit heat from the combustion processes to thee cooling system.

An engine block, also known as cylinder block, usually features an iron sleeve pushing into it for the piston bores. Sometimes, a block may be designed with a special hard plating into the bores.

What parts does the block contain? It contains the compression cylinder, piston, which moves up and down inside the cylinder, and other key components that comprise the bottom end of a motor:

What’s the Function of an Engine Block?

Other than housing the major components of an internal combustion engine, the engine block also transfers heat to the coolant. The engine’s design depends on the engine model and its features, like a 632 big block engine, which a V type engine and an air-cooled engine, which is a boxer type engine.

The V engine is the most common type of engine block. Its cylinders are arranged in two rows, creating a V shape. The angle is fixed at a small angle for good balance. The crankshaft, which contains two cranks and the rods of two cylinder rows, sits below the camshaft.

The engine block can withstand varying loads and temperatures. This capability, along with its many oil passages allows the engine to maintain stability as well as lubricity. Meanwhile, its water galleries cool the engine for optimal temperature.

The design of an engine block ultimately helps prevent problems, from malfunctioning of parts to deformation.

One of the main problems causing engine block damage is overheating. If it weren’t for the cooling system, the engine would generate enough heat to melt the entire metal structure. So if this system were to be damaged in some way, the engine is likely to overheat.

You’ll want to check your temperature gauge if it’s in the red. You could increase the engine coolant flow by parking the car in idle and raising the RPMs. This may be ideal if you don’t see any coolant pouring on the ground. If you do, shut the engine off and call an expert mechanic to look at your engine block heater

You’ll need an expert’s opinion on this problem because overheating engine could lead to a cracked engine. Thermal stress over time could crack the structure, not just from the heat but also from the cold. If the cooling system doesn’t contain enough antifreeze and it fills with excess water, the engine block may crack when freezing temps hit your city.

What happens when the engine cracks?

Apart from engine coolant leak, porous engine block is another potential damage. When contaminants enter the metal during the manufacturing process, this could eventually cause big problems with the engine.

After years of driving your car, wear and tear will likely cause damage to the engine block. This is especially if you fail to maintain it.

How Much Does it Cost to Replace an Engine Block?

Smoke coming out of your engine is never a good sign. You could be stuck on the side of the road for a couple hours or you could be shelling out money you did not anticipate.

In either engine models, you lose money and must deal with the inconvenience of having your car in a shop. But if you take time to learn more about what makes up the heart of your car and maintain them according to manufacturer’s instructions, you may not have to spend more on repairs or replacements.

So take a moment to get to know your vehicle. Be a bit of a motorhead, and you’ll find it’s easier to own a car.

PrevPreviousPersonalizing Your Car to Truly Make it Yours
NextMoving On Up: How to Prepare for a Big MoveNext