Indian Scout Bobber: How Fast and How Much is the Motorcycle?

The bobber motorcycle has its roots in the 1920s. It was a time when riders would rather have bikes that were low to the ground. Because bobbers are custom bikes, they’re also shorter to build since the “unnecessary” parts were taken out. So the bobber motorcycle has a distinct look to it, making it one of the more prized possessions for riding enthusiasts who’re into retro rides.

Several motorcycle manufacturers have bobber motorcycles. Harley Davidson has its Street Bob 114 and Triumph has the Bonnie Bobber. And one other popular brand is Indian Motorcycle, which has the Indian Scout Bobber.

Is the Indian Scout Bobber Fast? 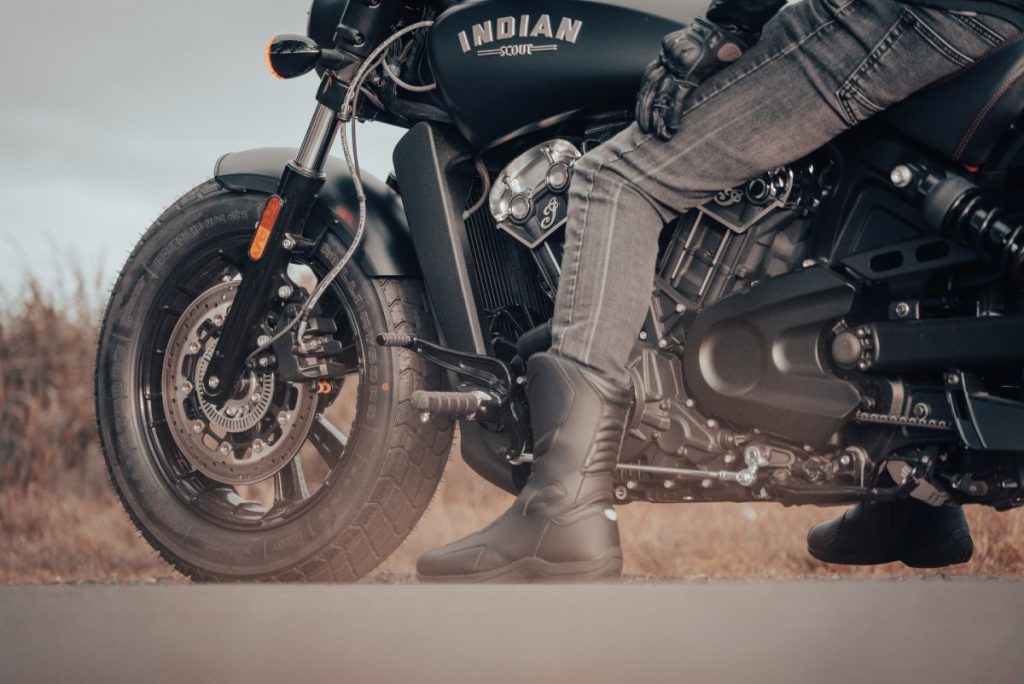 Indian Motorcycle is one of the oldest motorcycle companies in America. It was first called The Hendee Manufacturing Company and it started out with bicycles, transitioning to motorcycles later on.

The company embarked on its first reliability test through a race, with co-founder and chief engineer Oscar Hedstrom riding to a new world record speed of 56 miles per hour. Hedstrom also clinched an endurance award on an Indian motorcycle from New York to Springfield, MA and then back.

In 1906 the company set yet another record. Indian Motorcycle dealers George Holden and Louis J. Mueller got on the brand’s motorbike, from San Francisco to New York City, in 31 days with no mechanical hiccups.

But which one are you bound to get if you’re on a budget?

How Much Does an Indian Scout Bobber Cost?

Indian Motorcycle gives a nod to its heritage — to the roots of the scout bobber, by maintaining some of the quintessential design elements of the beloved motorcycle. But the manufacturer also innovates, applying technological advancements in motoring and improving upon the bobber’s timeless design. And its performance on the open roads.

Indian Motorcycle’s scout models feature liquid-cooled engines, lightweight design and low center gravity, and integrated tech. The cost of one will depend on the scout bobber you’ve picked and the custom options you may want to add on.

But a starter motorcycle for a modest budget could be the Scout Bobber Sixty, which starts at $10,749. The Scout Bobber may be next in line if you’ve got more room than $10,000; it’s starting price is at $12,249. The Indian Scout Bobber Twenty costs $13,249, making it at the top end of the bobber models.

Is the Indian Scout Bobber Good for Long Rides?

Unlike café racer motorcycles, bobber motorcycles are not limited to short distances and quick bursts of speed. You could go for longer rides on an Indian Scout Bobber than on a racer bike. That’s assuming you don’t mind getting back support after an hour on the road. The Indian bobber’s seat is comfortable enough, but the classic motorcycle isn’t really built for long trips.

One reviewer who took a Scout Bobber on a three-hour, 140-mile road trip also pointed out that shoe size may affect comfort on the toe shifter.

If you’re motorcycle needs tend to be farther and longer than the average rider, you may want to check out Indian Motorcycle’s other bikes. At the top end is the Roadmaster, which will set you back over $30,000. It’s designed for ultimate comfort on the open road with a backrest for the passenger seat. You’ll get heated seats and grips with floorboards for resting your feet. It has weatherproof storage in the trunk and saddlebags.

But if you just want to get in a couple hours or so of riding on the road, the Indian scout bobber should suffice. Just make sure to wear the right shoes for that trip to ensure comfort on the motorcycle.

What’s the Difference Between Indian Scout and Scout Bobber?

The differences between Indian Scout and Scout Bobber are mainly in the design. Whereas the Scout Bobber has mini ape handlebars, the Scout doesn’t. The latter is also dripped in chrome.

Whether you’ve decided to go with a 2021 Indian Scout Bobber, don’t forget to drive safely. Be careful of other motorists. Follow traffic rules. And get your helmet on.

PrevPreviousWhat’s a Timing Belt and How Do You Tell It’s Off?
NextTips for Increasing the Lifespan of a VehicleNext