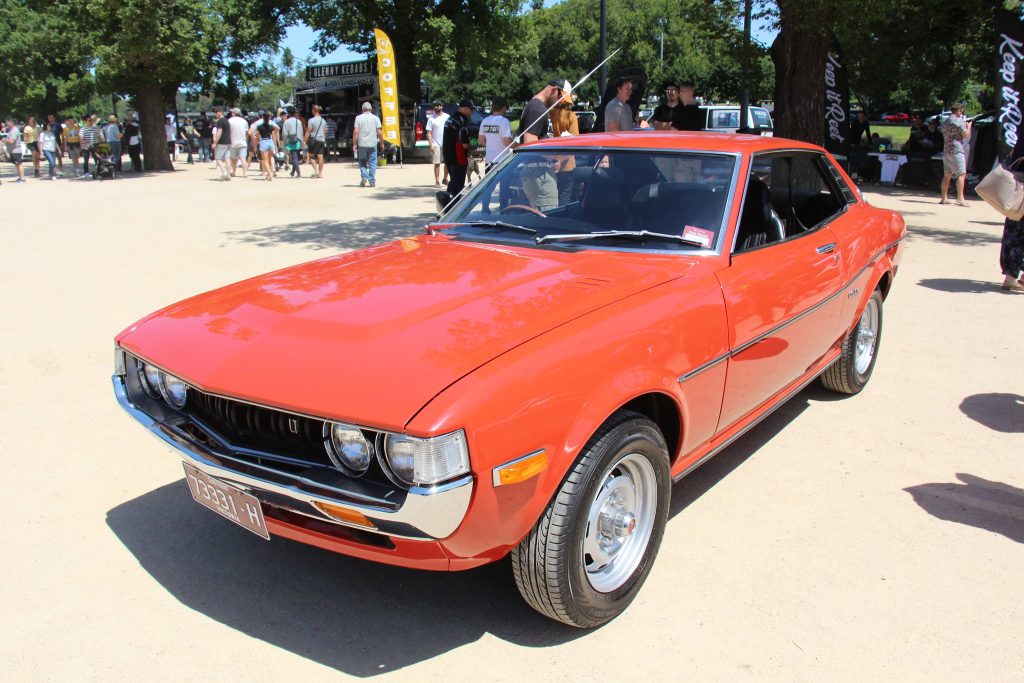 One of the well-known vehicle brands in the car market today is Toyota. You can find millions of automotive units plying the freeways and roads all over the world. As a matter of fact, the automotive company sold a record 10.74 million units worldwide in 2019.

Why are they so popular?

Consumer Reports says that Toyota builds efficient and solid vehicles. What’s more, they praised the brand for its overall reliability. Among the notable models mentioned were the Camry, Highlander, Sienna, Prius and Supra.

In this Classic Car Spotlight issue, we’ll take a look at one of the less-known models of this automotive company.

Here’s the lowdown on the first-generation Toyota Celica, a classic car that served as an important sports vehicle in Japanese auto history.

The year was 1970. During this period, people were enjoying a newfound sense of freedom. They realized that devoting less time working in a modern society translated to more time doing leisurely activities.

Take the United States as an example. Pony cars (i.e., compact, affordable and sporty), such as the Dodge Challenger, Chevrolet Camaro, Pontiac Firebird and Ford Mustang were becoming popular. People would purchase these models — and this behavior reflected the easygoing spirit of the ‘70s. It also brought new levels of usability and practicality that weren’t possible with true sports vehicles of the preceding decade.

Toyota wasn’t about to get left behind from the pony car race. The car company introduced Toyota Celica. This light and attractive sports car model was one of the first Japanese vehicles to comfortably accommodate passengers with six-foot frames.

The Toyota Celica comes with a “coke bottle” styling, which is essentially a scaled-down version used for muscle cars of the ‘70s. The styling wasn’t something you’d find in a Japanese sports vehicle design up to that point, with the designs of the 2000GT and Sports 800 being unique.

The classic Toyota Celica, however, was a global car. The auto manufacturer wanted to make the design more similar to the sports cars that you’d find in North America.

When the company sold Toyota Celica, the manufacturer initially offered the vehicle as a notchback. A liftback version, however, eventually debuted in Japan in 1973 and to the rest of the world in 1976. People referred to this specific version as the Mustang Celica or Japanese Mustang. Although the Toyota Celica had a lot of things in common with other cars, the liftback made the resemblance with the Mustang undeniable.

You’ll find that the size of the Toyota Celica’s cabin is small. This means that you had to like the passenger hopping into your classic car, as they’d practically be sitting on your lap.

What’s more, the inside of the vehicle had a bit of “wood grain” plastic along with other standard features that are going to cost extra in an American car. Vehicle air conditioning, though, was an optional extra at this stage. During the 1970s, the higher levels of standard equipment were a major selling point of the Toyotas and other Japanese autos.

The interior, on the whole, looked similar to the exterior. It also felt like a muscle car — just a lot smaller.

The Toyota Celica came with five engines in various markets, with North America obtaining larger engines and the rest of the globe getting smaller ones with twin-cams. The engine of the American version initially started with 1.9-liter engines. Over time, this went up to 2.0-liter and 2.2-liter engines. They all fall under the same R-series category, but modified to suit varying needs.

How Much is a Toyota Celica?

The Toyota Celica back in 1971 sold for the price of $4,000. When translated to today’s money, it’s hovering in the $25,000 range. You may be wondering if this model was a cheap way to have fun, but this isn’t quite true. Even when you take into account the adjustments for inflation, autos cost way less four decades ago. Some American competitors, in fact, began at approximately half the price of a Toyota Celica.

Is the Price of the Car Worth It?

Buying an inexpensive car that you can take on road trips doesn’t automatically mean that you’re getting a substandard auto. The Toyota Celica in the ‘70s was much better equipped. By the time the energy crisis kicked in, the model was faster than other cars.

Finding this a first-generation Toyota Celica, however, won’t be easy to find. This particular model isn’t exactly popular in North America.

If you do come across a first-generation Toyota Celica in your search, you’ll be glad to know that this classic car won’t be terribly expensive. You can find units that go below $10,000. The Celica won’t be as costly as the current prices of the contemporary American autos that originally retailed for much less.

What You Need to Know When Buying a Toyota Celica

When shopping for a Toyota Celica, you need to come up with a buyer’s checklist to get a good deal on your vehicle. Here’s what you should look for in this awesome car:

Previous car owners may have discarded the original Toyota Celica seats and replaced them with more comfortable alternatives. Even if they look like the real deal, make sure that the seat frames aren’t cracked or bent and the tilt or recline mechanism works properly. If you do find worn seat stitching, don’t worry, as this common problem is fixable.

As for the electric components, find out if you can turn off the traction control. You can usually find the button to the right of the steering wheel.

The Toyota Celica’s strut suspension and simple coil spring didn’t contribute to the greatness of the model. They did, however, make classic vehicle maintenance simple for the auto mechanic and the average car owner. You can upgrade to uprated shock absorbers and tauter springs. Just don’t go too far on the updates, as this may ruin the classic car’s character.

Next, check the front tires for uneven wear. Spotting this problem may suggest that the vehicle suspension components are way past their prime and need immediate replacement. If you do a test drive and feel a “bounce” from the front, this indicates that new strut inserts are required.

As for brakes, you’ll want to upgrade them. Just make sure to do the same with the tires, so that you can transfer these improvements to the road.

Finding the mechanical parts of a classic Toyota Celica won’t be too difficult for you. The North American market serves as a treasure trove for reasonably priced components. A thousand dollars can give you everything to recondition an engine, including new gaskets, a water pump, timing chains and gears, bearings and pistons.

When test driving this classic auto, check if the vehicle jumps out of gear. Do this by accelerating hard in the second gear, then performing a lift off. You’ll need repairs or a bottom-end rebuild if you find gear problems and notice that the engines are either blowing smoke or rattling at startup.

If tracking down mechanical components is a breeze for the Toyota Celica, the opposite is unfortunately true for body panels. Locating a second-hand metal for Celica models built before 1990 is a pain. If you do come across decent parts, expect that the price won’t come cheap.

The good news is that the chrome body embellishments and the lights won’t be too expensive or hard to source. You can find decent bumpers requiring chrome at about a hundred dollars.

When checking the body, keep an eye out for rust. Surface corrosion is treatable, but a badly rusted rear subframe is something that you should avoid buying.

The original Toyota Celica was a good vehicle that debuted at just the right time. Despite being hilariously tiny, it’s light and quite attractive for a ‘70’s sports car. The Toyota Celica also served as a starting point and an important piece of Japanese sports car history.

PrevPreviousA Sense of Adventure: Understanding Post-pandemic Travel
Next6 Upgrades to Make Your Truck Ready for AdventureNext