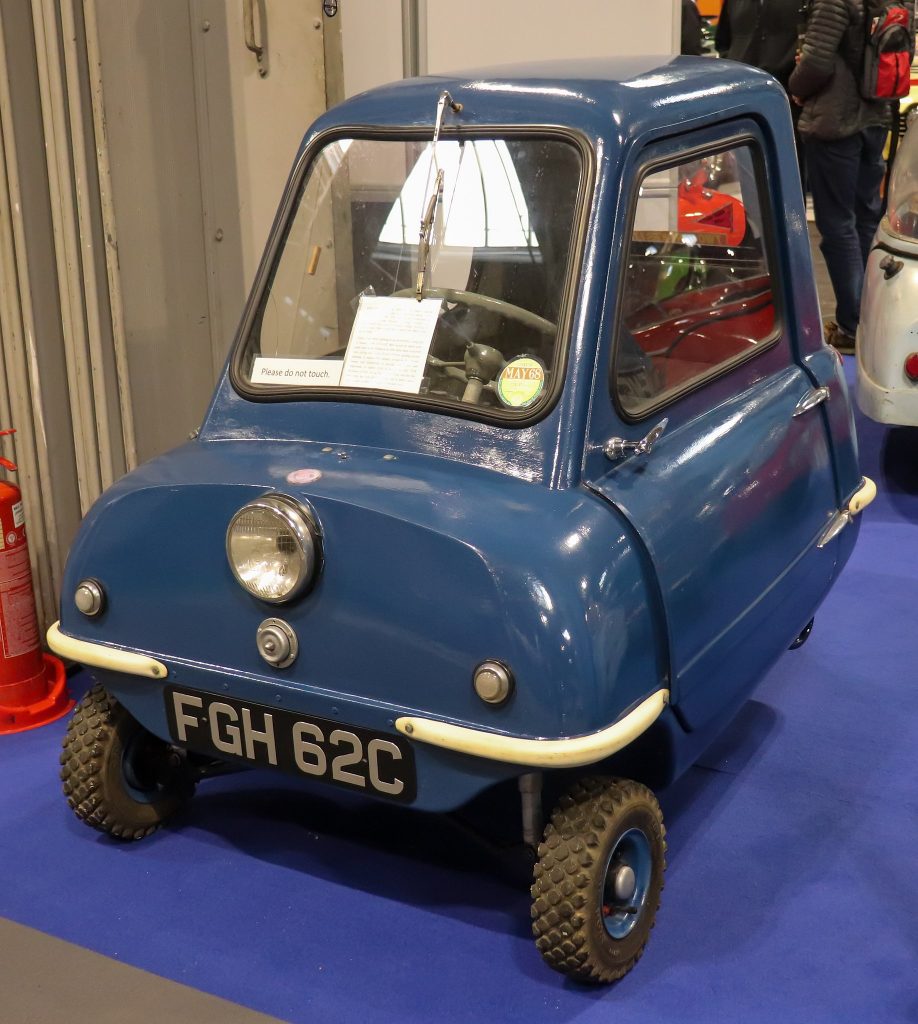 Weird Cars: The Bad, The Worst and The Ugly

A person’s car says a lot about them.

James Bond and his Aston Martins say he likes them fast and posh. “The Fast and the Furious” team’s Dodge Chargers and superfly sports cars say they like their rides a bit classic but souped-up. And John Wick’s Chevrolet Chevelle, Ford Mustang and new Dodge Charger say he’s a fuss-free muscle car kind of hitman. No weird cars here.

But most of the famous rides on film are concept cars or vintage, or just beautiful machines careening down the road. You wouldn’t catch James Bond behind the wheel of a Pontiac Aztek. Not even if it were the lone car on a street and he had to get after a bad guy on wheels.

This is not to say there haven’t been odd-looking cars in movies. Consider the Family Truckster in “National Lampoon’s Vacation,” the monstrous Gigahorse in “Mad Max” and the alligator-styled Corvette in “Death Race.”

You’d probably think of them as some of the strangest cars on film and thank the heavens you don’t see them on the road. But there have been designers and manufacturers that put their strangest ideas to reality, producing vehicles that made other motorists do a double take.

What is the Weirdest Car Ever?

How is a “weird car” defined anyhow? Is it ugly looking with three wheels, four headlights and a back that looks like it had been cut by a hacksaw? Is it simply unique like the Toyota Sera with its butterfly doors?

Weird cars have an odd shape; they’re not something you’d ever seen before nor probably would not want to see again. To clarify, what is weird isn’t necessarily ugly. Just that it doesn’t follow the usual vehicle design, so it looks bizarre (sometimes in a good way, but mostly in a bad way).

A few vehicles strike people as weird; no one car in automotive history can lay claim to totally weird.

Some candidates that are not necessarily ugly but strange:

It’s a convertible. It’s a pickup truck. It’s Chevrolet’s version of different types of crossovers. The SSR seemed like a Frankenstein creation in that it looked like it was made from different body types. This PT Cruiser inspired strange car lasted about two years in the market before the automaker pulled it.

The Scarab is 1930s taking a first crack at the minivan. Never mind that this “family” vehicle is named after a large dung beetle. This original car went from 0 to 60 in 15 seconds with a top speed of 75mph. But its length made rear visibility nonexistent, making it one of the more unfunctional weird looking cars ever made.

A concept car made specifically for a Birds Eye TV commercial in 2005. Birds Eye produces frozen vegetables, which explains the pea-like appearance of this weird one-seater vehicle.

What are the Craziest Looking Cars?

So we’re getting to it then; the weirdest cars ever made. So weird that you’ll probably only drive them if the zombie apocalypse leaves you with no other options for a vehicle of survival.

What are the oddball cars that somehow made it into production and on the road?

From the front, the Fiat Multipla 1999 repelled. According to U.S. News Cars, it is perhaps the only other car that competed with the “uninviting appearance” of the Pontiac Aztek. It had a muffin-top with headlights that conjured up images of an insect. It went out of production in 2003.

Tesla is recognized and admired for its electric cars. But its Cybertruck is loved and hated. Its futuristic, stainless steel body, geometric shape and overall, cold exterior makes its seem like a new world order has arrived if you were to see these things on the street. It’s intended to the first all-electric pickup truck, making it perhaps one of the more bizarre electric cars ever made.

No quirky cars list would be complete without Nissan’s boxy, asymmetrical SUV. It had rear windows that wrapped around to the right side of the car and the door had a side-hinge unlike other SUVs. Although in some ways the Cube made cargo unloading easier, its appearance still made it distinctive in the worst possible way.

Is it a sedan or a truck? Or is it a pickup? Much like the Chevrolet SSR, the Subaru Brat inspired confusion. It featured a tonneaus behind the passenger compartments and a front that made it seem like sedan. So what is it?

If you must call a vehicle a “thing,” then it must not have much promise. And it’s bound to make it onto a really weird cars list. This is the case with Volkswagen’s utility vehicle. The Volkswagen Thing is described as a bare bones vehicle, which explains the seat belts as its only safety feature.

What are the Ugliest Cars?

Ugly may be subjective for some because some designers may think these interesting vehicles are some of the most beautiful cars around. But for some people, they may fall under “ugly.”

What are Cool Weird Cars?

Sure, these cars and trucks don’t follow the traditional mold of vehicle design. And maybe some of them look a bit off; that they truly belong to a category of oddball cars.

But some of their features have proven to be an advantage to their owners, like a shooting brake hatch. Other design elements may appear unsightly but make sense for certain owners, like a retractable hardtop roof trunk.

For some car enthusiasts, these strange looking cars are still a bit cool.

Some of the quirkiest cars have not been designed well that they’re not reliable on the road; some are not even able to survive a fender bender, like Pontiac models in the 1990s. Other cars suffered the poor management of automotive brand that even when it started with a line of good quality vehicles, the years have seen them deteriorate and force their sales to plummet.

As a result, some of the craziest cars have ceased to exist.

One of the car manufacturers with a terrible reputation, Edsel created three-wheeled cars (deemed unsafe). Edsel cars were also largely unreliable; so even though it was part of the Ford family tree, the Edsel was killed.

The American Motor Corporation made muscle cars. And it made really good ones, allowing AMC to compete well in the automotive market. But when competition became too difficult and muscle cars lost their popularity, AMC was in trouble. It didn’t help that the brand’s cars began to suffer from drivability and design issues. A tough market, waning demand and a negative reputation eventually saw the demise of this once glorious brand.

Pontiac ran into similar issues as AMC. It was known for good muscle cars in the ’80s, but its popularity took a dive in the ’90s. And when it started to manufacture some of the weirdest cars, like the Pontiac Aztec, its fate was sealed.

Other American cars, not necessarily ugly or weird, that are no longer around include the Hummer, Oldsmobile and the Studebaker.

The Bad, The Ugly: Concept Cars to Production Cars

An idea can sometimes seem brilliant, but only on paper. The design may even be spectacular, but only when it’s a drawing. Once the features and design go in production and they leave the factory, it may not receive the applause that was anticipated.

But that hasn’t stopped the creative minds in the auto industry from dreaming up the most original and unique cars. After all, it takes a few lemons sometimes to come up with the best vehicles.